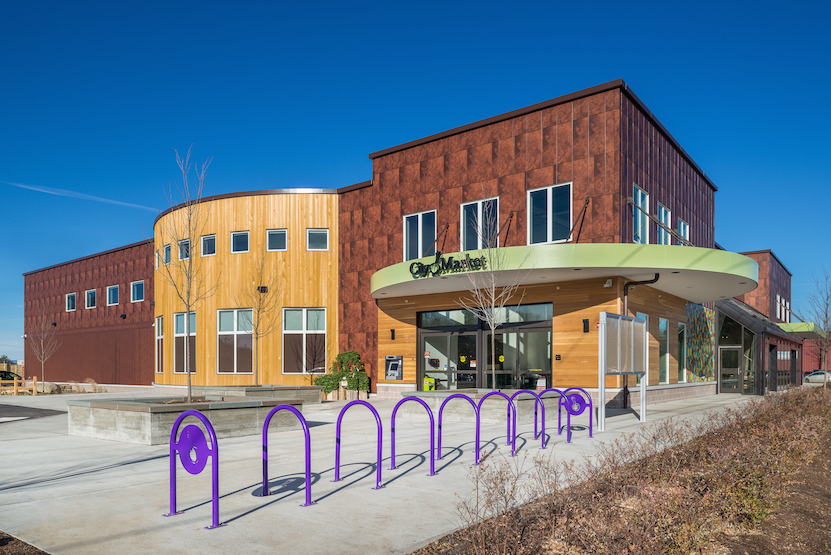 The Onion River Cooperative (the “Co-op” or the “Company”) is a community-owned food co-op serving the greater Burlington community. We began as a buying club in the 1960s and incorporated with the State of Vermont in 1973. Over the years, the Co-op has moved location several times in line with modest incremental growth. However, the most significant change came in 2002, when the Co-op entered into an agreement with the City of Burlington in which we would operate a grocery store on land leased from the City (the Co-op has since purchased the land from the City).

This new location dramatically increased the store’s retail footprint from 6,000 to 12,000 square feet and opened in February 2002. To reflect concerns that the Co-op would be welcoming to and meet the needs of the entire community, the Co-op signed a lease addendum with the City. Some of the provisions included in the lease: the Co-op would offer a line of conventional products, be open 7am to 11pm seven days a week, accept EBT cards as payment, accept coupons, and provide senior discounts. The new store was named City Market, to differentiate it from Onion River Co-op, which exclusively sold natural foods.

The Co-op is Member-owned and democratically governed. Since our move to the Downtown location, Membership has grown by over 510%, from less than 2,000 Members to over 12,000 Members. In that same time period, our annual sales have grown over 160%, from less than $14 million to over $41 million. The Co-op’s capital needs are provided primarily by our Members, and any realized net earnings are used for the provision and extension of our services. The Co-op’s Global Ends describe our mission:

The Onion River Co-op will be central to a thriving and healthy community, where:

The Co-op is incorporated under the laws of the State of Vermont as a cooperative association for the mutual benefit of its Members as patrons of its goods and services. Our corporate status is in good standing.

ABOUT THE EXPANSION PROJECT

In June 2015, the Co-op announced that we had signed a purchase and sales agreement with Vermont Railway, Inc. to purchase the 4.494 acre parcel of land at 207 Flynn Avenue in Burlington’s South End. The purchase of this land from Vermont Railway was finalized in June 2016. Based on a market study from 2012, the Co-op has had a long-term plan for building a second store in Burlington’s South End. The goals of expansion were multi-faceted: to promote continued sales growth for the Co-op, improve both the shopping experience of its customers and the efficiency of store operations, and strengthen the Co-op’s position within our community’s food retail market.

While we were planning for the South End store, the expansion team shared development plans at every Burlington Neighborhood Planning Assembly (NPA) meeting during the fall of 2015 and spring of 2016. The South End store is located within Ward 5 and City Market has engaged at this NPA meeting three times since September 2015 to share development plans, detailed site plans, and updated site plans and traffic studies. The team has also met individually and with small stakeholder groups about plans, both to share information and seek input to improve the process. In April 2016, City Market held two community engagement sessions at the Switchback Taproom on Flynn Avenue. Each meeting was standing room only with over 75 community members in attendance. A detailed presentation was given on the development plans and the community was offered an opportunity to ask any questions and offer additional feedback on the plans. In several rounds of surveys, our Members have overwhelmingly supported our second store plans.

The environmental impacts of the work we’ve done cleaning up this brownfield site will benefit the entire community, the lake and nearby waterways for generations to come. We have removed buildings containing asbestos; we are removing and containing contaminated soil; and, we are installing systems to ensure that storm water flows into the municipal system, rather than the waterways that lead to the lake. This parcel of land will be entirely revitalized as a community hub after over one hundred years in industrial and manufacturing use.

We’ve learned plenty of lessons from our experiences in our bustling Downtown store that we’ve applied to the construction of the South End store. Customers will enjoy more space in the aisles, more parking, an enhanced bulk section, additional cooler space for perishable items, local juice and espresso options, beautiful local murals on the exterior walls, a children’s discovery garden, a Community-Teaching_Kitchen and community room and plenty of space for community members to linger and visit with one another.

HELP US FINANCE THE EXPANSION

The Co-op did not have sufficient cash from reserves and operations to finance the entirety of the expansion, so a mix of funding sources will be used. A key element of this mix is the Member Loan Campaign, which allows our Members the opportunity to directly support the Co-op’s expansion.

This offering is only open to Vermont residents who are members of the Co-op. Not a Member? You can join today with your first equity installment of only $15. Print this form.

Members of the Co-op purchase equity which entitles them to a variety of benefits and advantages including:

Click here for information on discounts for Non-Profits, Food for All Members, and Seniors.

We have set a max goal of raising $2,000,000 and a minimum goal of $1,500,000.Vermonters! Register as an investor with Milk Money today and learn more about City Market and how you can invest in us.