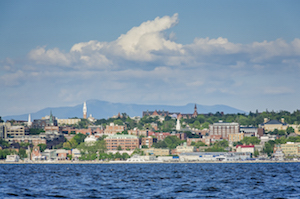 Early this morning we learned that Keep BT Local did not win the bid to buy Burlington Telecom (BT). As huge fans of local ownership in general and the co-operative business model in particular, we were, of course, very disappointed that this important member of the Burlington business community will now be owned by private interests with no real connection to Vermont.

While there are many lessons to be learned from the whole BT sale process (check out the #btvcc thread in the Twittersphere and it’ll keep you busy for hours!), a key take-away for us was the speed and scale with which community support for Keep BT Local (KBTL) poured in via Milk Money.

Yes, that total was achieved in part by a few large pledges made by accredited investors (roughly defined as individuals with $1 million net worth), but here are the really exciting data points: the median pledge amount was $1,000, and 37% of all pledges were just $500. To us, this demonstrates a uniting of the 1% and the 99% into a true community effort!

Now, Matt Cropp has presented Milk Money with a worthy challenge for the future: 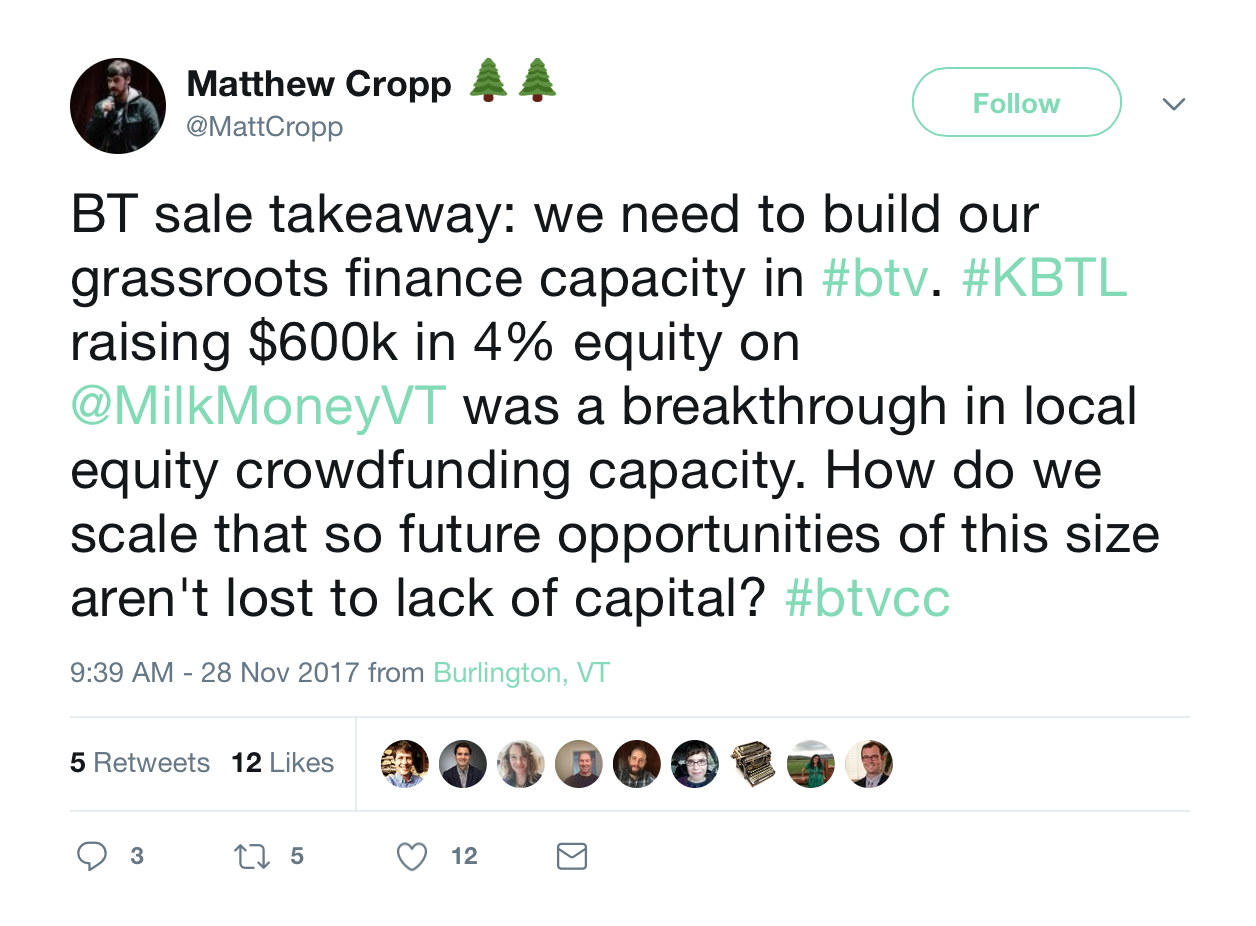 This is a challenge we will take on with zeal. I believe we have woken the sleeping giant who is just beginning to realize its collective power to create a vibrant, resilient local economy with our investable wealth – even when that wealth is just $500 per person.

Please This email address is being protected from spambots. You need JavaScript enabled to view it. which iconic and important members of the Vermont business community you would invest in to Keep It Local. We’ll let those companies know they’ve got some local fans who are willing to put their dollars where their hearts are. And check out the campaigns already on the site for some very cool investment opportunities currently available.

In the meantime, we’ll keep poking the giant to get it fully awake and explore new ways to unite investors of both big money and small into 100% Vermont.