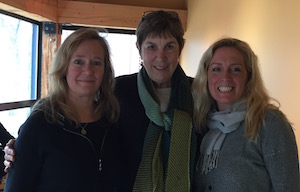 Milk Money Case Study #1: How Do We Define Success?

Our first client achieved a fully funded campaign without ever launching it on the Milk Money website. How can that be, you ask? I’ll tell you the story and then pose a question right back to you – can we truly call this success? Read on and please let me know what you think.

The company is Vermont Chevon, an operation that buys newborn male goats from goat dairies where they are basically useless (males don’t produce milk, of course) and often end up on the compost pile. The company then raises them for their meat. Vermont Chevon’s founder, Shirley Richardson, a retired educator and long-time goat farmer, first started raising cashmere goats as a hobby. When she learned about what was happening with the unwanted male goats at a nearby goat dairy, she recognized an opportunity. She started buying them, raising them, and selling the goat meat in local restaurants and markets that served Vermont’s growing New American population for which goat meat is a staple of their diet.

In 2015, after about a year in operation, Shirley realized she was on to something potentially big with her naturally lean, nutrient-rich, locally grown protein source and set an audacious goal to make “goat the new kale,” i.e. the newest food trend. She wanted to expand her distribution to upscale markets and restaurants all around the Northeast and needed capital to hire a sales operations manager.

Shirley came to us in the fall of 2015 while we were putting the finishing touches on our website and getting our own funding squared away with VSECU. In mid-November, we gave her our Milk Money Readiness Assessment which outlined the areas that needed work before she’d be ready for a campaign. She had a good start on her business plan but needed some refinements, especially to her financial projections. We continued to meet with her periodically over the winter as she worked to refined her plan and on Feb. 2, 2016, at Hunger Mountain Co-op, we all met for lunch and signed the contract that made Vermont Chevon our first official campaign.

Over the next 8-10 weeks, we prepared Shirley’s campaign for launch and counseled her to get an endorsement letter – and maybe even a token investment – from the goat dairy where she got her baby goats. The rationale behind this advice was to establish her credibility and to jump-start her campaign with an early investment. By mid-April, we had her offering documents completed so we scheduled a conference call with Shirley to go over the final details. Before we could start on our agenda, Shirley jumped in and said “I’ve got some news…remember how you told me to ask my goat supplier for an endorsement letter and maybe a small investment? Well, they decided they want to fund my whole campaign and their son is going to be my new business partner. I’m so sorry….”

She was afraid we’d feel like she was abandoning us right as we were about to get Milk Money off the ground with her campaign. On the contrary, we were thrilled for her! Our mission, after all, is to put the means for creating a new business, a strong local economy and personal wealth within the reach of all Vermonters. Through the process of working with Milk Money, Shirley developed a robust and appealing business plan, became more financially literate about her projections and prospects, and gained confidence in dealing with business partners. In other words, she became a better business owner and obviously impressed the folks at Ayers Brook Goat Dairy who became her new partners.

Now a year later, her business is thriving. We call that success!

What do you think?